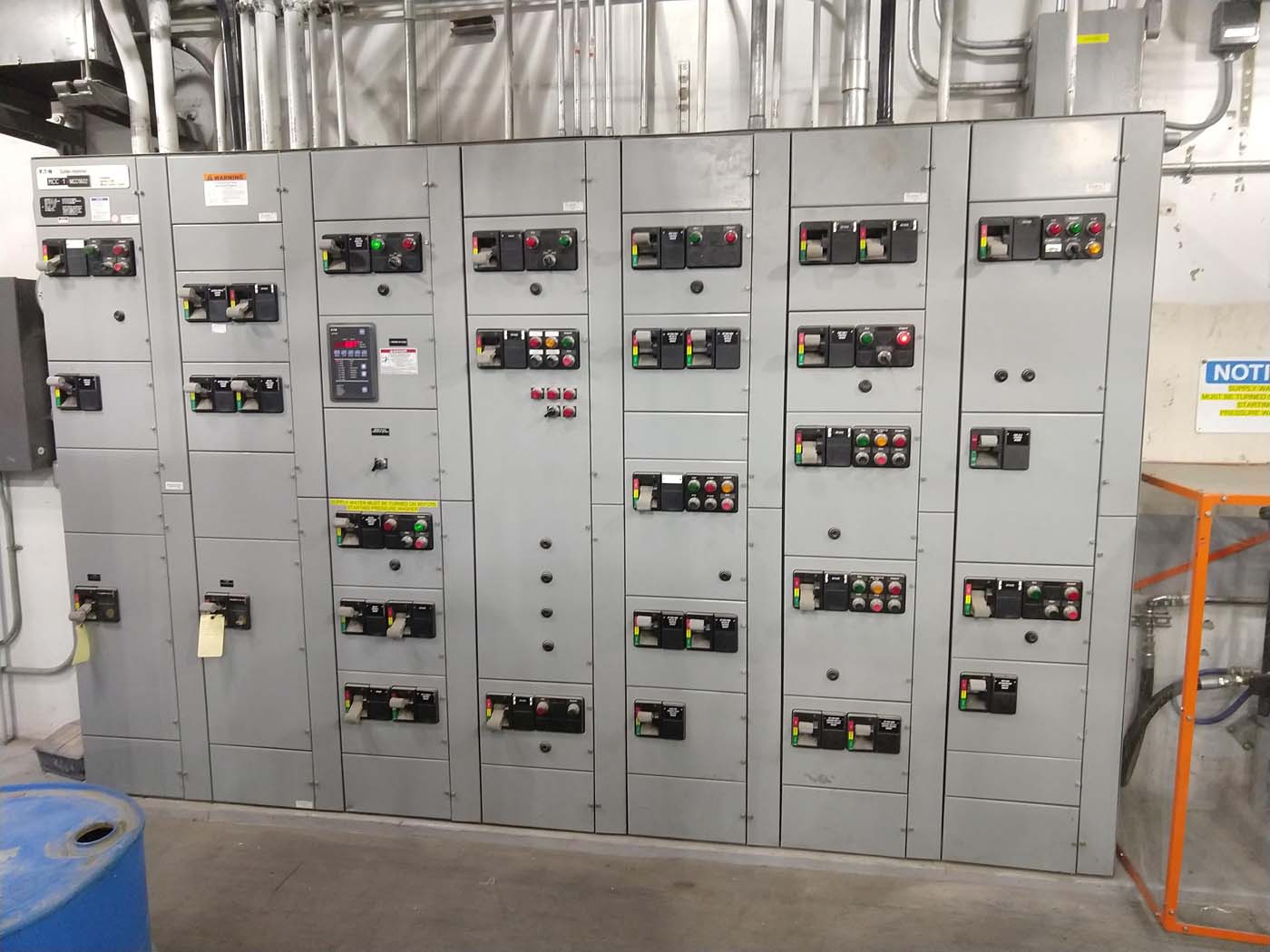 When faced with a difficult challenge, TMWRF staff came to Farr West for help. Our engineering professionals revamped an incomplete design and developed the specifications for bidding. Farr West then managed the construction, overseeing the demolition of the old motor control center and installation of the new MCC.

The success of MCC6 led to the replacement of MCCs 7, 8, & 9. This included the consolidation of three MCCs into two while maintaining a permanent second power source. Challenges with this project included a small working space that limited equipment access, a design that kept power outages to under two hours for each individual pump and motor fed from the MCCs, and meeting the operators demands for serviceability.

Replacement of the MCCs allowed the staff at TMWRF to operate the plant in a more safe and effective manner, as well as giving the operators the confidence that the equipment will function as designed.  Previous to the design phases, this equipment was identified as a significant safety risk because of the advanced age - these MCCs were originally installed in 1964. This equipment provides the electrical power, control, communication, and protection needed for the multitude of pumps and motors that keep the plant in operation for Reno and Sparks and protects the health of the Truckee River.

As this is an operating wastewater treatment plant, the existing equipment has to remain in power for as long as possible. To meet this requirement, Farr West worked with staff to limit outages to two hours and to require the contractor to continually communicate with TMWRF staff on scheduled outages. Another challenge was the limited space in which to replace the old equipment and to stage the new equipment for replacement.  The designers, using the existing dimensions of the gallery and doorways, were able to demonstrate that the temporary and new gear could be held in the hallway of the gallery while the circuits were transferred.  Prior to the transferring of the circuits, the new conduits had to be routed to the new locations of the MCC.

Due to the large amount of Variable Frequency Drives (VFD) on one of the MCCs, an active harmonic filter was designed into the MCC.  This is a new component used to combat the harmful after effects of VFDs on the powerline. This new device can record information and send it back to the plant’s Distributed Control System for review.

During construction a "mock-up" MCC was used to transfer loads temporarily until portions of the old one could be demolished and the new equipment brought in. In some cases the loads had to be moved twice, but in the long run it saved time and was the most efficient way to keep the facility running.  Farr West studied concrete rehabilitation options to bring the structure to an acceptable condition for the new electrical equipment.

Scheduling two-week look-ahead meetings helped to minimize impacts to day-to-day activities at the plant, to communicate progress, and determine upcoming outages and concerns. By determining specific equipment that fit within existing spaces we were able to reduce building reconstruction. 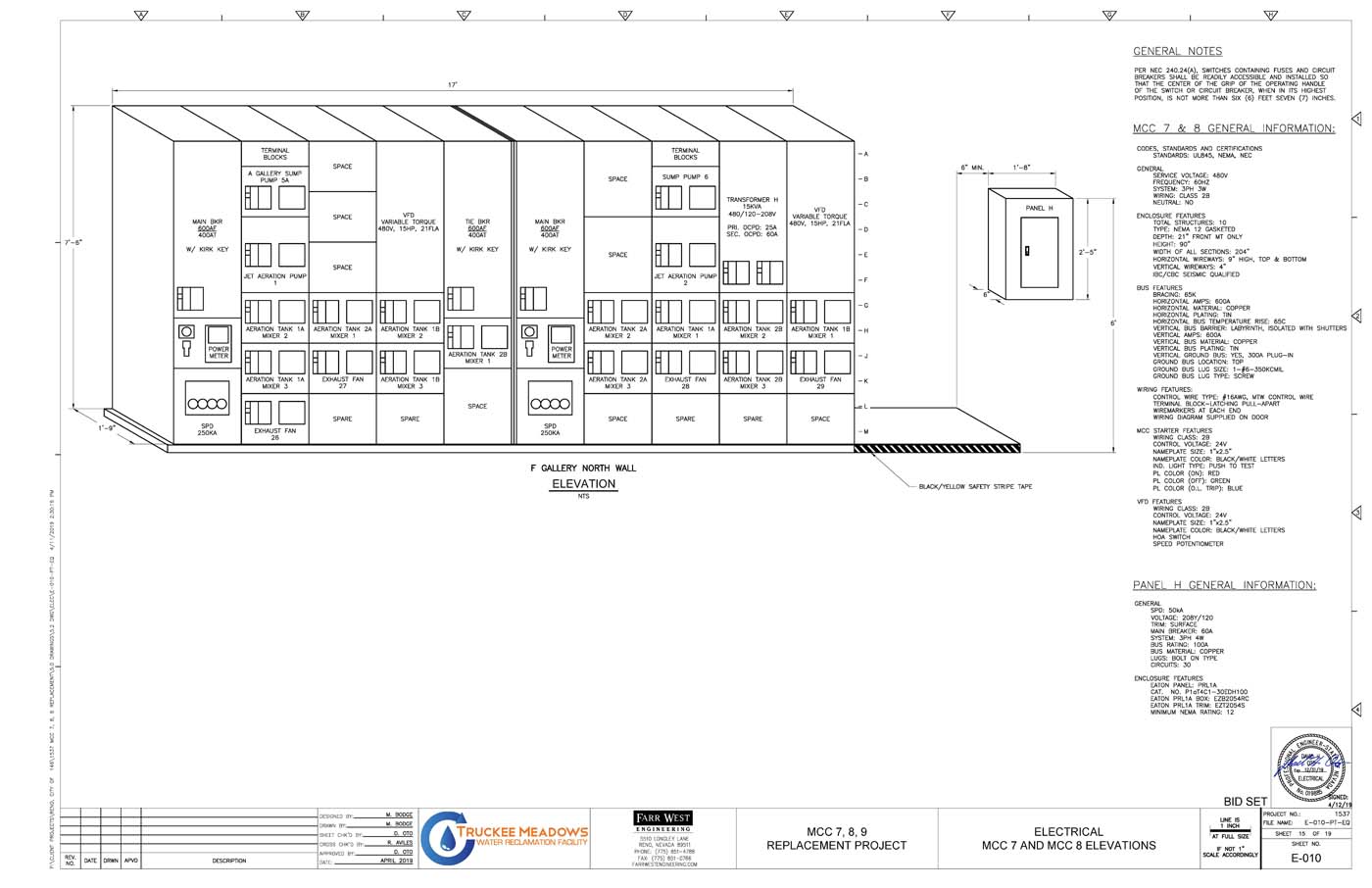 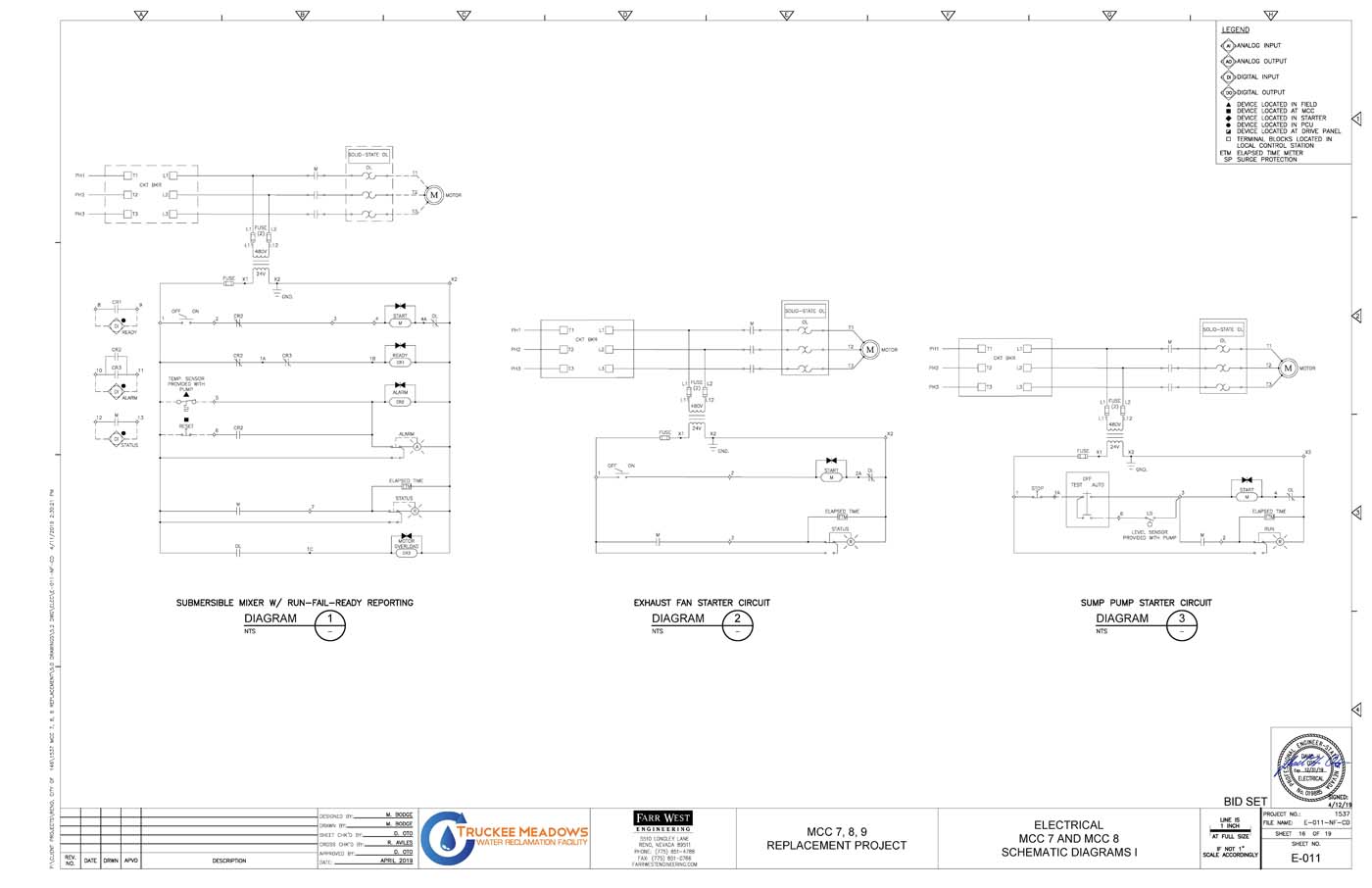 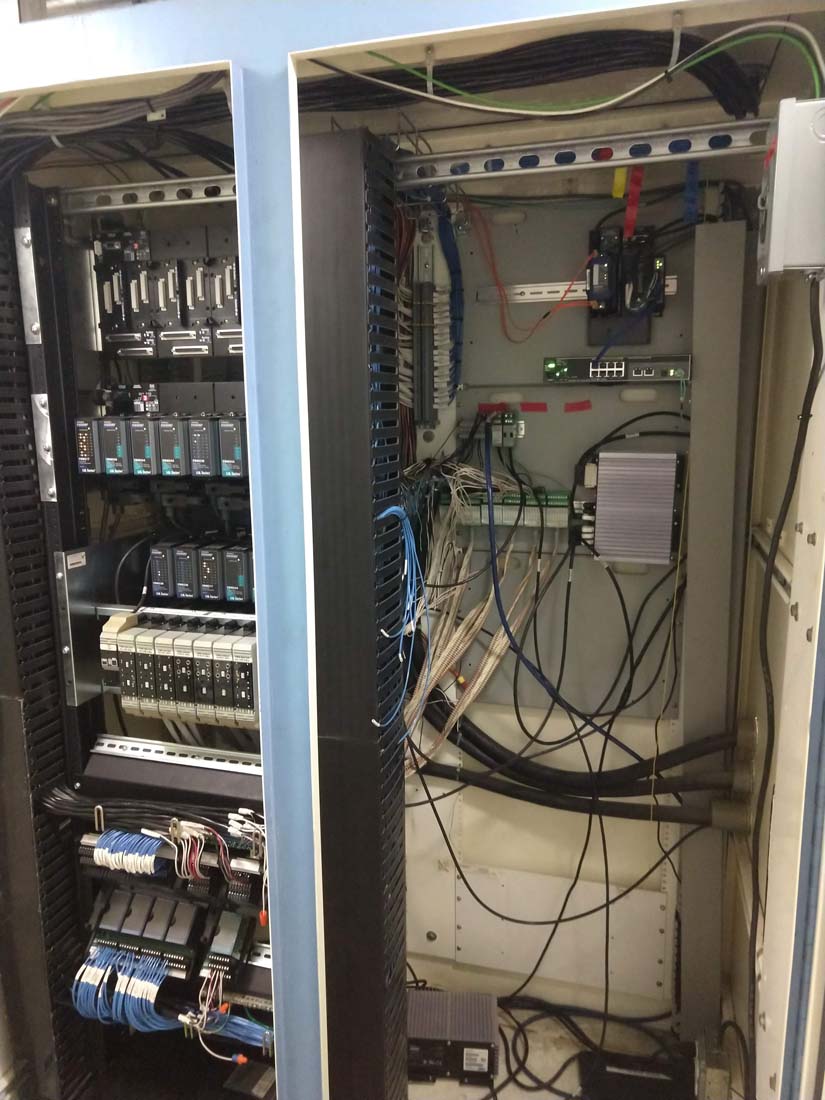