The Stewart Complex is a 112-acre facility with over 60 historic buildings owned by the State of Nevada. The complex was home to The Stewart Indian School, an off -reservation boarding school in Nevada between 1890 and 1980. Farr West began working on preliminary engineering for the Stewart Complex in 2011, ultimately being involved in multiple projects there including compiling record data, scanning, archiving, and creating a database of infrastructure over the 120-year life of the facility. Infrastructure consisted of sewer mains, steam line routes, overhead and underground electrical distribution lines, gas lines, irrigation lines, and water lines for domestic uses and fire protection. Data was used to compile a comprehensive network of overlapping systems within the complex including the state-owned Stewart Potable Water System, State Irrigation System (which includes Clear Creek raw water supply), and the Carson City Potable Water System (which provides fire protection). Farr West modeled each water system to determine the deficiencies, define necessary upgrades, and prepare a cost analysis of replacement alternatives.

During the modeling efforts it was apparent there was not adequate fire protection for the complex. This prompted the need to design an emergency intertie to the water system that would connect to Carson City's public water system. Farr West worked with the SPWD to develop a new water system to replace the existing system and relieve the need for the intertie. The new system is connected directly to Carson City’s water system and provides fire flows for protection of the historic facility.

All upgrades were designed to Carson City’s design specifications. The existing Stewart water system will be converted to irrigation for the complex and will remain the responsibility of the state. The intertie will remain in place for redundancy to the irrigation system. An additional contract was issued to Farr West to assist in bidding and managing the installation of the water mains, consisting of over 5,800 linear feet of 8” PVC mains throughout the complex and 60 new water meters.

Because the complex is a recognized historical site registered with the State Historic Preservation Office (SHPO), Farr West contracted with an archaeologist to use GIS and historical record data to create a sensitivity map of areas to be observed during construction. Farr West worked with an archaeologist to provide observation during construction within historically sensitive areas. Permitting of the new water system involved working with the Bureau of Safe Drinking Water (BSDW), Carson City Public Works (CCPW), SHPO, and obtaining approval from the Nevada Indian Commission.

The Stewart Complex construction will expand Carson City's municipal water system to provide domestic and fire water to the Stewart Complex. Several buildings of the school are now being transformed into a cultural center and museum.

A portion of the buildings at the Stewart Complex are used by families as on-site residential units,  while others are used by multiple state agencies and the Nevada Indian Commission. Having adequate fire protection increases the safety of the complex for those who work, live, and visit there.

The Stewart Complex water system rehabilitation design included an extensive alternatives analysis to determine the best scenarios in providing fire protection of life and property. Historically, the complex had almost no fire protection. The selected alternative of the intertie and the new water mains were chosen to maximize the available resources and provide the best protection. The major obstacle with this design was fitting the new utility lines inside corridors already congested with other utilities without damaging the historical grounds.

Due to concerns of inadequate fire safety at the Stewart Complex, Farr West worked with the SPWD to find an interim solution for campus-wide fire protection. We looked at design alternatives from altitude valves, to dedicated feed lines, to the elevated Stewart Tank. The emergency intertie solution was an alternative that would provide additional fire protection to the complex while a new water system was being designed, and funding secured. It was intended that the emergency intertie would be re-purposed for use in the Stewart irrigation system once the new system was installed and operational.  By using sequential solutions, we were able to save time and money while meeting important project priorities.

Farr West chose to implement the new water system improvements to minimize disruption to the existing infrastructure and to avoid known archaeological sensitive areas and the aesthetic beauty of the site. Farr West worked with an archaeologist to map sensitive areas. The location of the improvements were purposely sited to avoid removal of the campus trees and maintain landscaped areas. 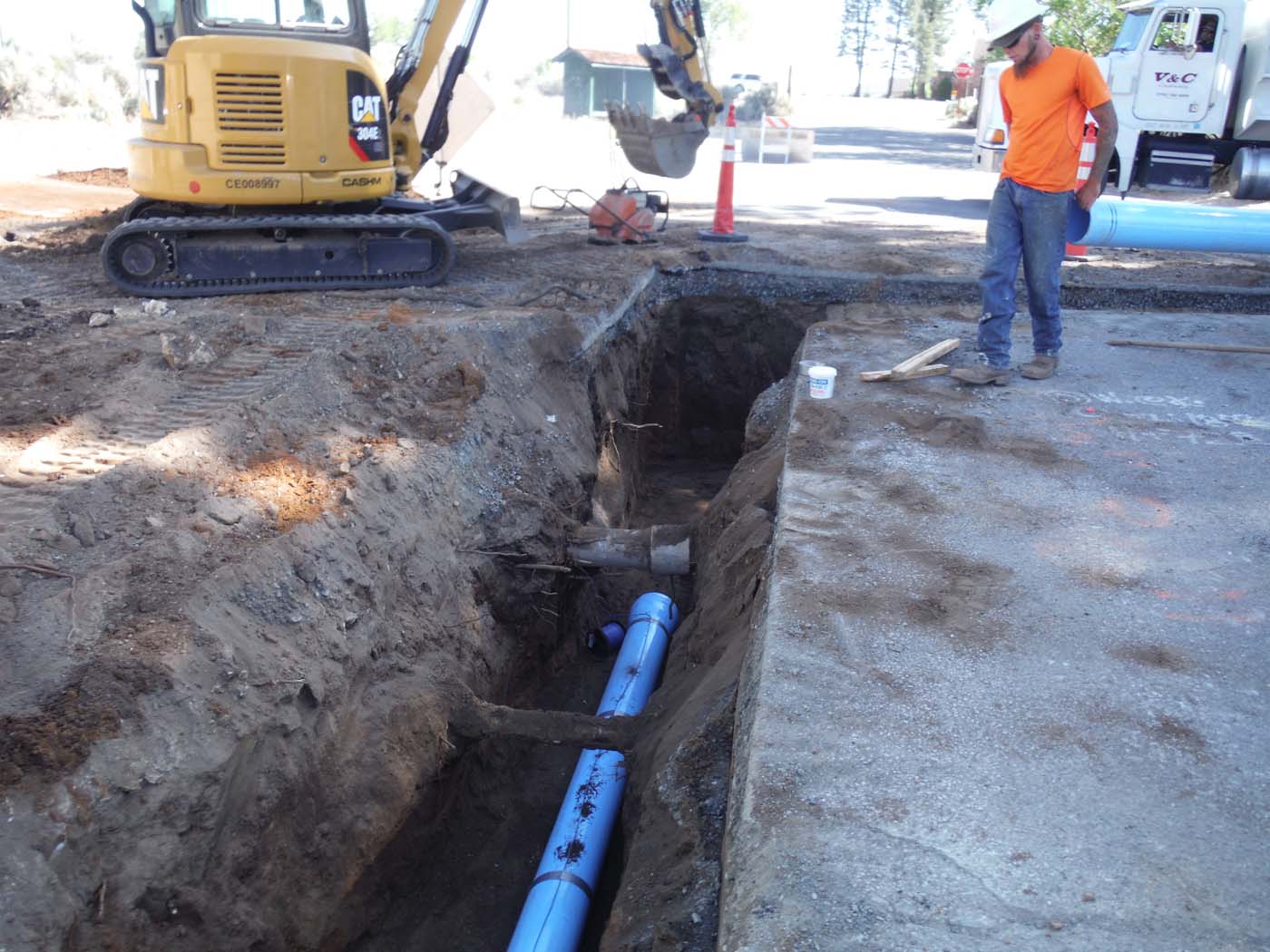