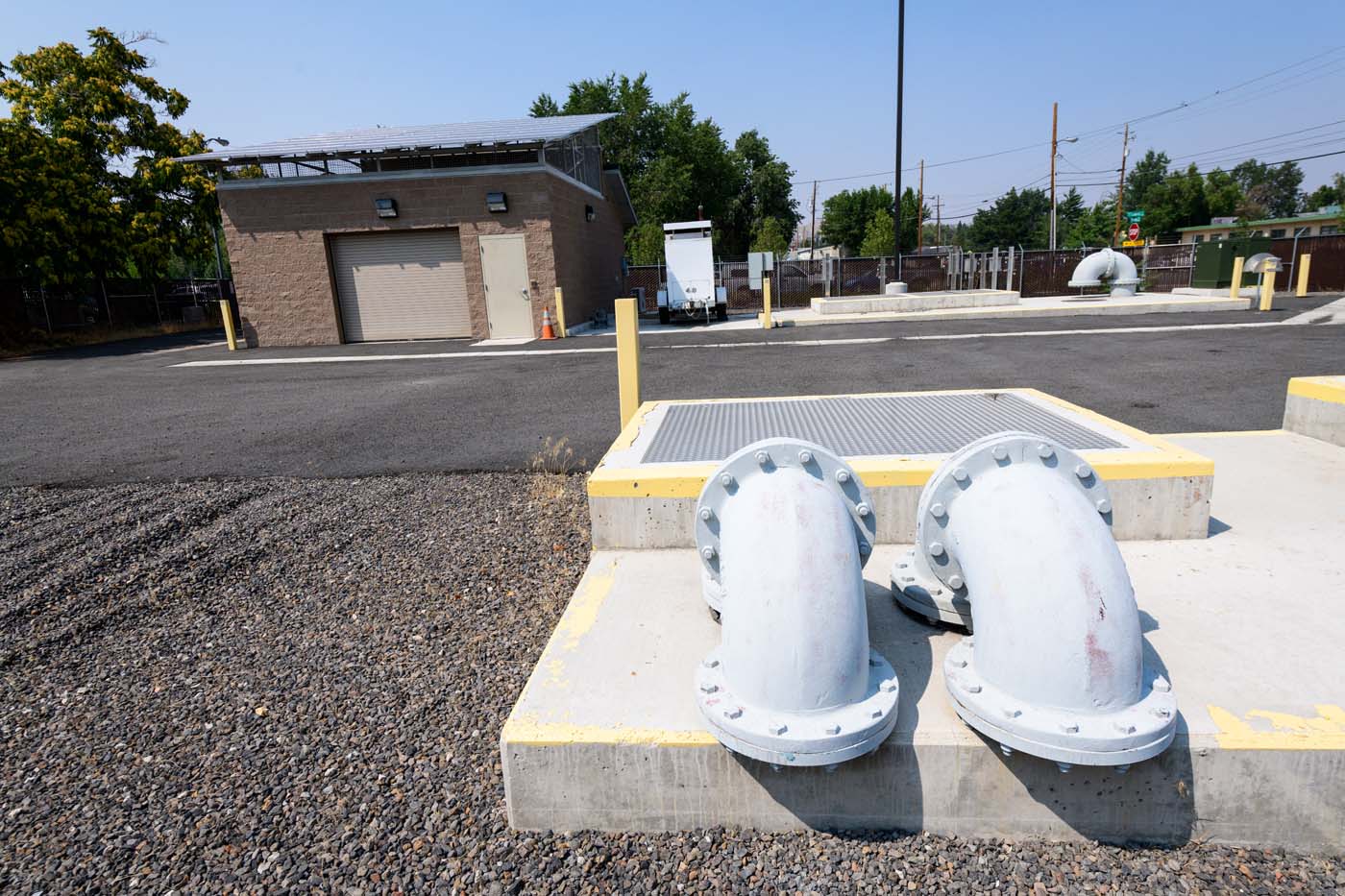 Farr West began working on City of Reno Capital Improvement Projects in 2012. At that time, the City of Reno was planning to construct a sewer lift station to help accommodate sewer flows from North Virginia Street. Farr West was successful in the design and construction management of the facility. and was subsequently awarded several sewer and street rehabilitation projects.

This lift station was designed for 5.3 MGD peak flow and is currently the largest lift station in the city.  Farr West was involved in the project early and assisted with site selection, preliminary concept drawings, flow planning and analysis, final piping and site design, mechanical design, electrical and controls design, and permitting.   Farr West was challenged with designing and placing the municipal facility within the University of Nevada, Reno land-use designation area and residential homes in the area.  The team worked with the city and stakeholders to accommodate the site parameters and to design the lift station to accommodate wastewater with higher than normal odor concerns, large size/high flows, and the ability for future expansions.  An odor and corrosion control system was developed, using cutting edge technology. Farr West designed the project to keep all equipment underground or behind view-obstructing walls and solar panels for neighborhood aesthetic value.

The expansion of the city’s SCADA system for the lift station was developed with the consideration that the city would soon be redesigning their entire system.  This meant the team had to find a control schema capable of compatibility with a future, unknown system and integrator.

The project was conceived as a lower cost alternative to installing a new large diameter interceptor on the north side of the collection system,  estimated to cost many tens of millions of dollars.  The lift station would send existing and excess flows to an interceptor with excess capacity.  This concept saved rate payers millions of dollars at a time when the city lacked sewer funds, and allowed for development to proceed in key areas of Reno.

Finding a suitable location for the lift station and associated force main was the first key challenge of the project.  Working around the university area involves historic land use limitations. After several possible locations, each that took a custom layout to ensure the project would fit, a site was selected and the design completed in a manner that would be acceptable to the zoning requirements and the university neighborhood.  Other challenges included a very deep and large wet well, alternative backup power and pump systems, expanding the system SCADA system, odor control, and demolition of an old home.

The lift station is the largest in the city and required an evaluation of methodologies for approval by the city before design could begin in earnest, such as the elimination of the dry well to save space and cost, the use of an ogee weir and VFD’s for minimization of storage volume, the selection of an odor control system, and backup pump system.  In each of these cases, we provided facilities that the city had never used before but would meet their project priorities.  The redundancy requirement in particular yielded many innovative ideas including solar panels, dry prime diesel pumps, and a custom backup controls system to provide the maximum protection from spills.

The use of positive pressure slide rail shoring for a 24-foot deep excavation on a small site was required to minimize road closures, project nearby homes, and keep the streets open.  Farr West implemented the use of fused HDPE for the 20-inch force main to eliminate thrust blocks in the congested intersections and the use of specialized corrosion coatings that would provide a balance between longevity of the facility and the shortest construction time possible.  Each of these three innovations were finalized with approval of the contractor to optimize the priorities of the city.

Minimizing impacts to the community and surrounding environment were crucial in this project. Farr West developed the innovations above as well as designing as much of the facility as possible to be underground and providing block wall and colored fence screening with a landscaping plan . 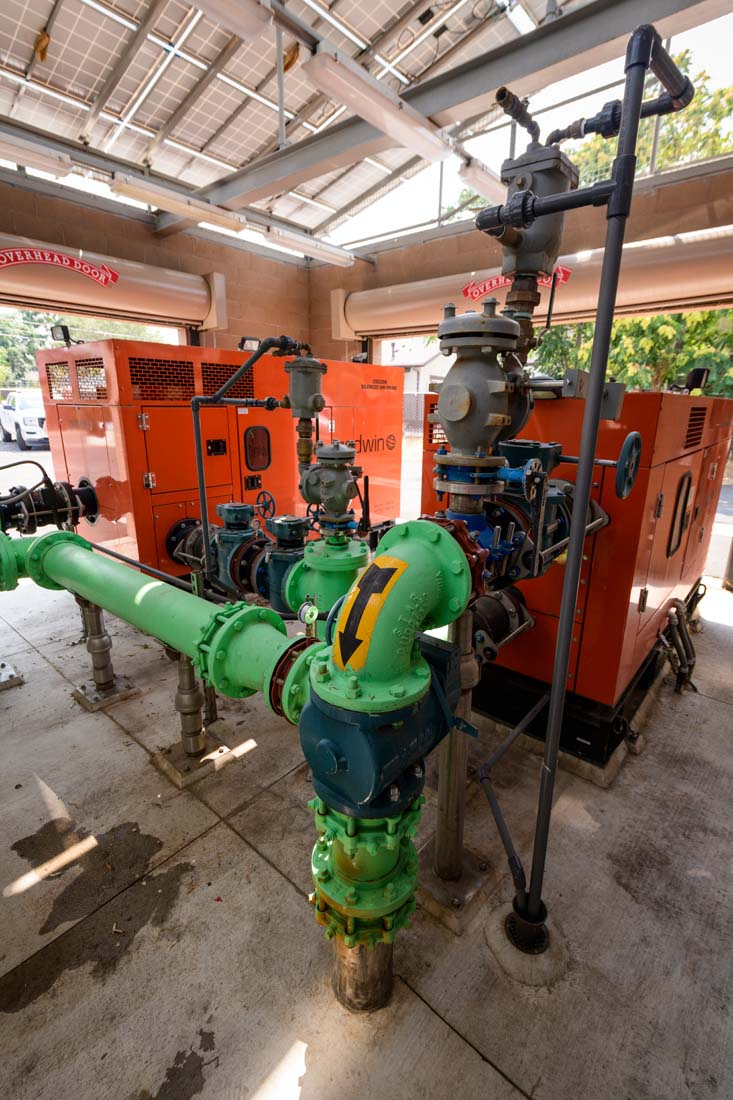 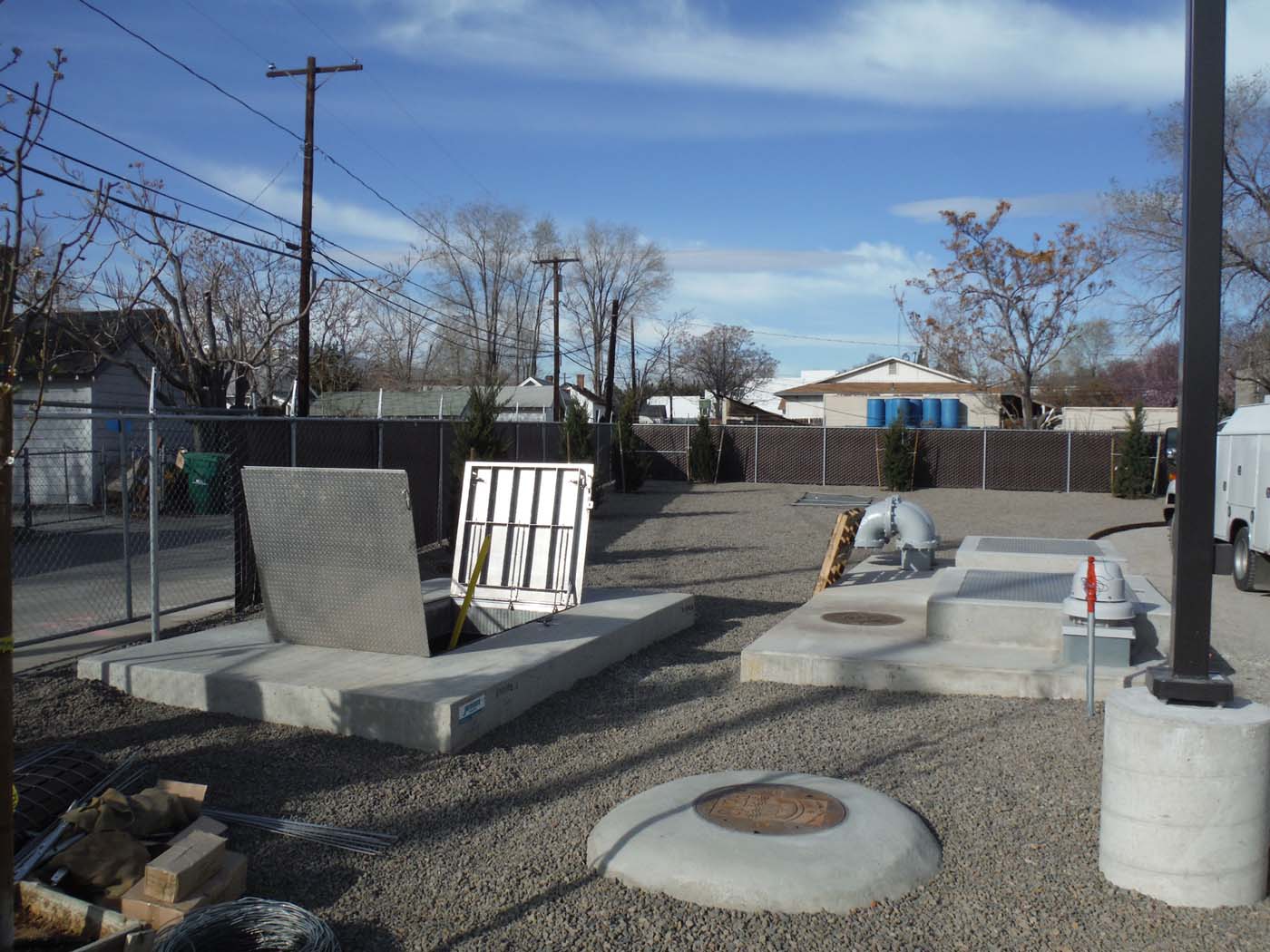 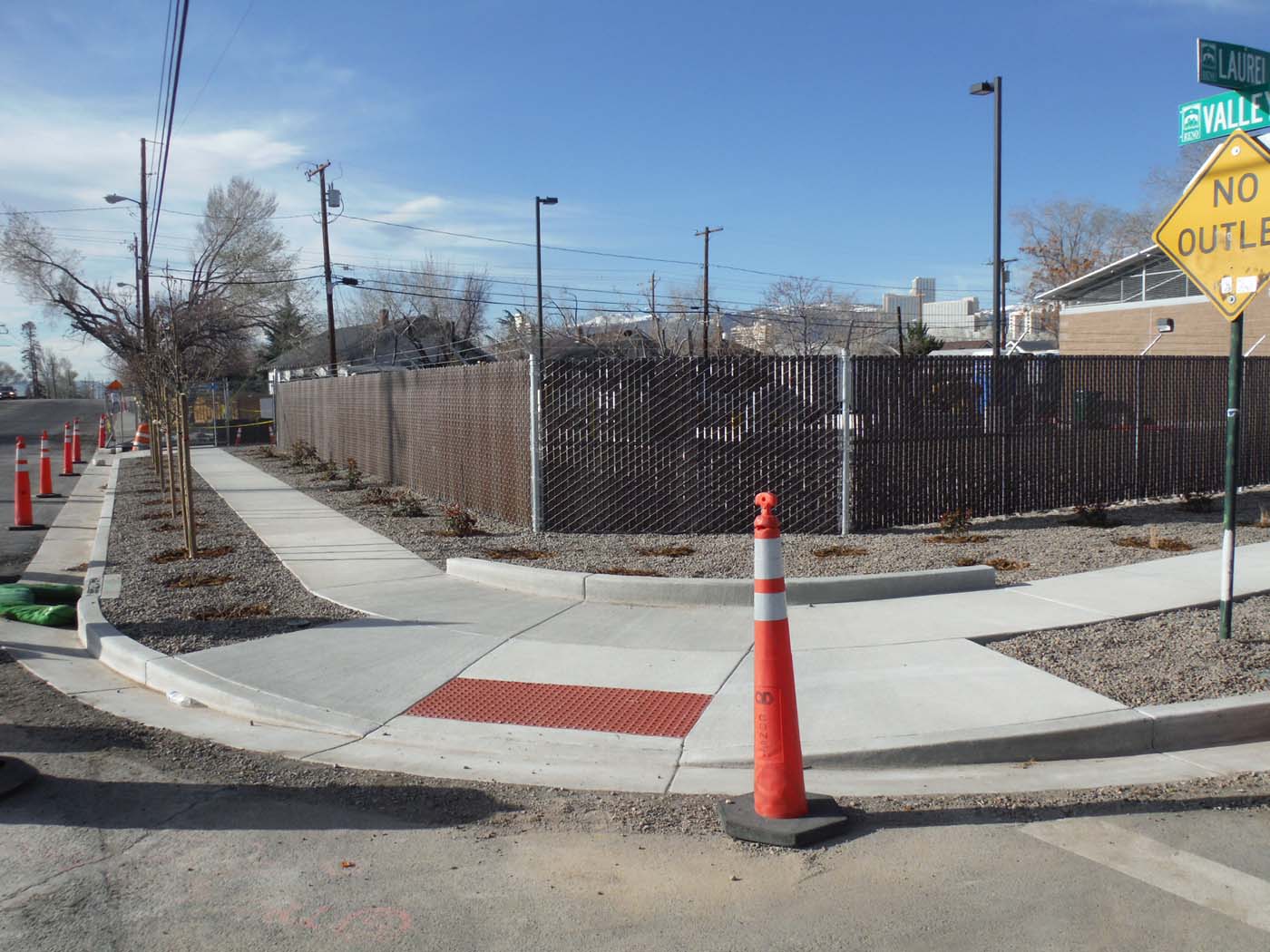 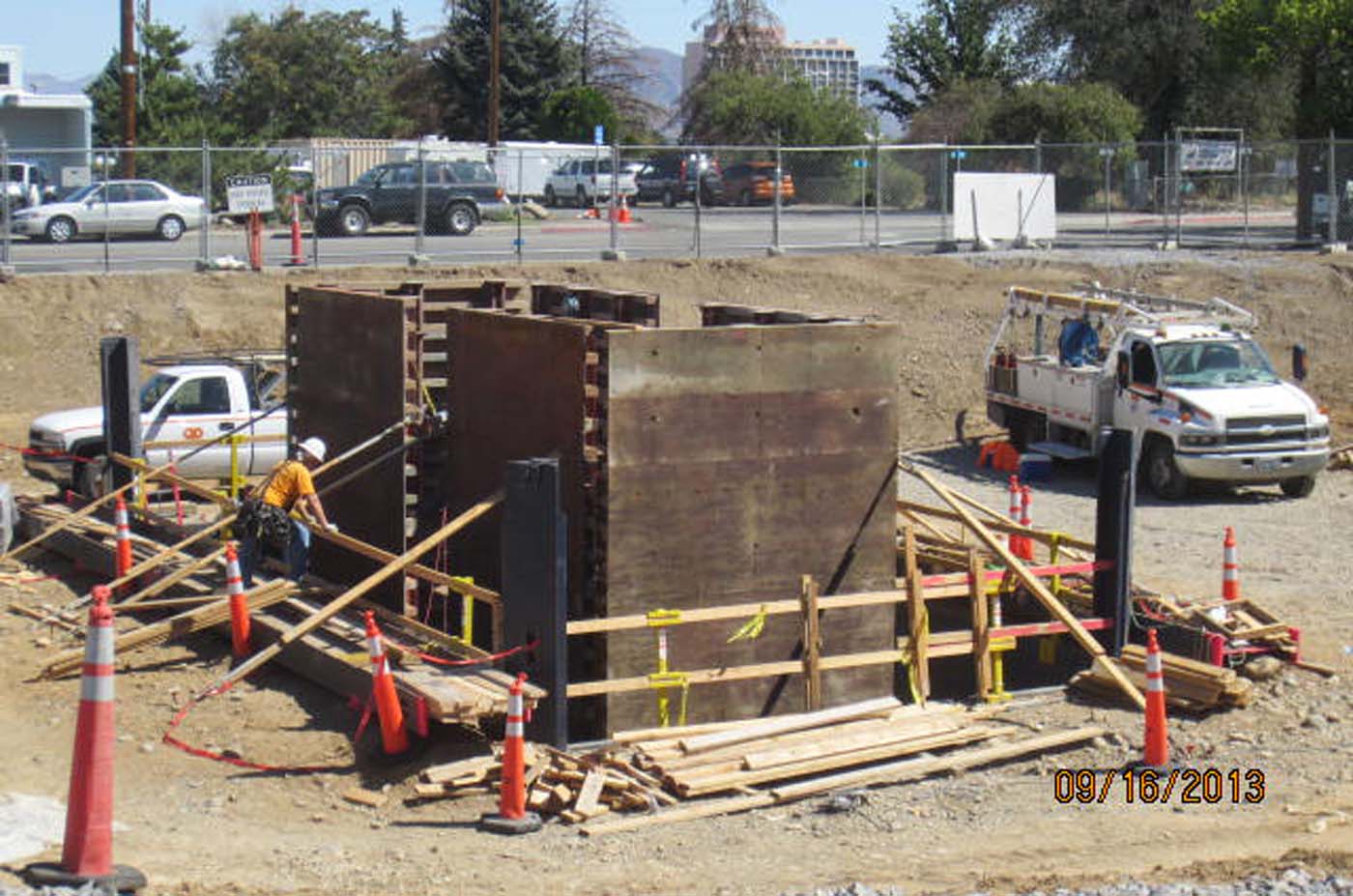 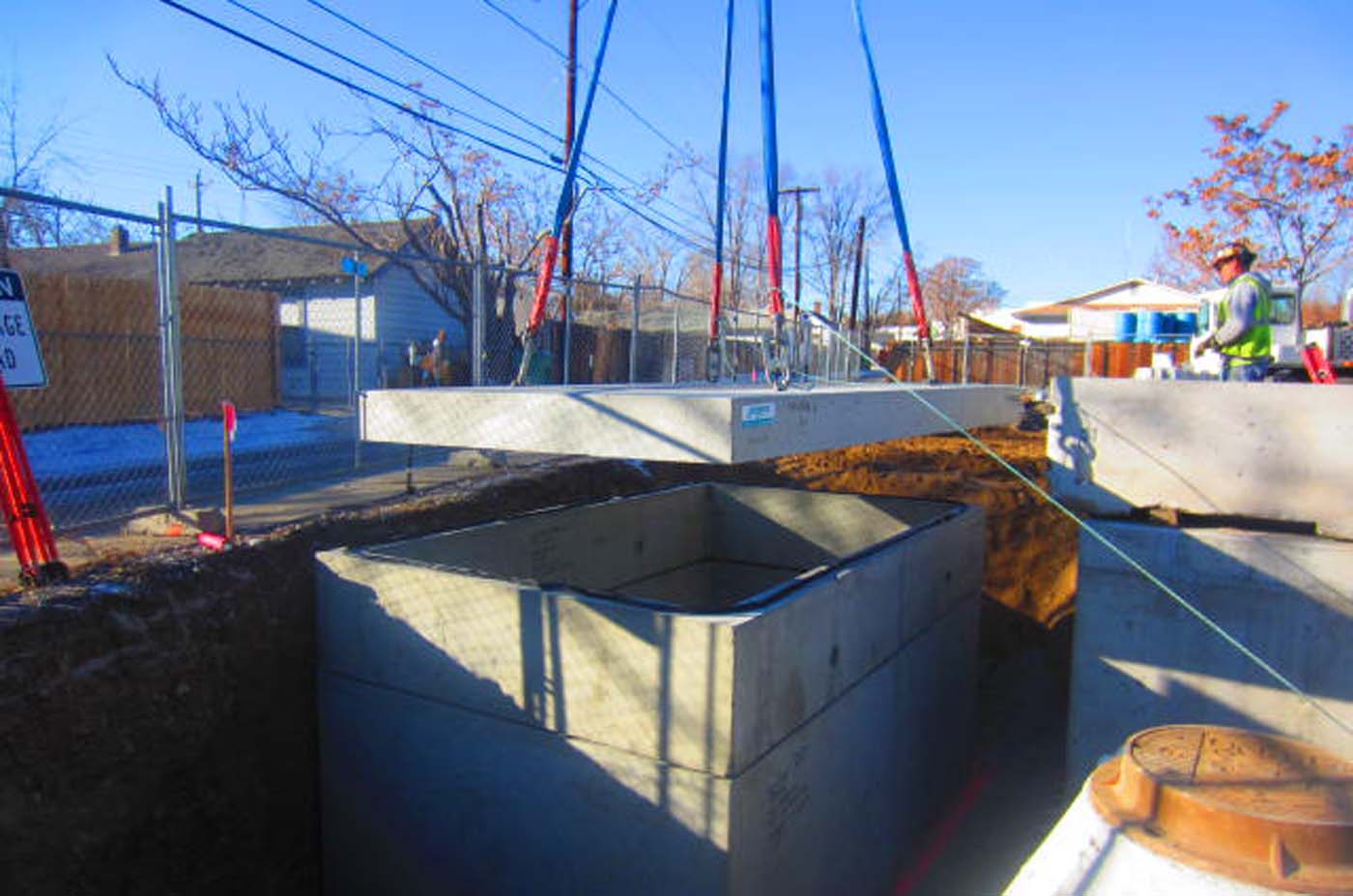