Water and sewer infrastructure replacement for the City of Hawthorne 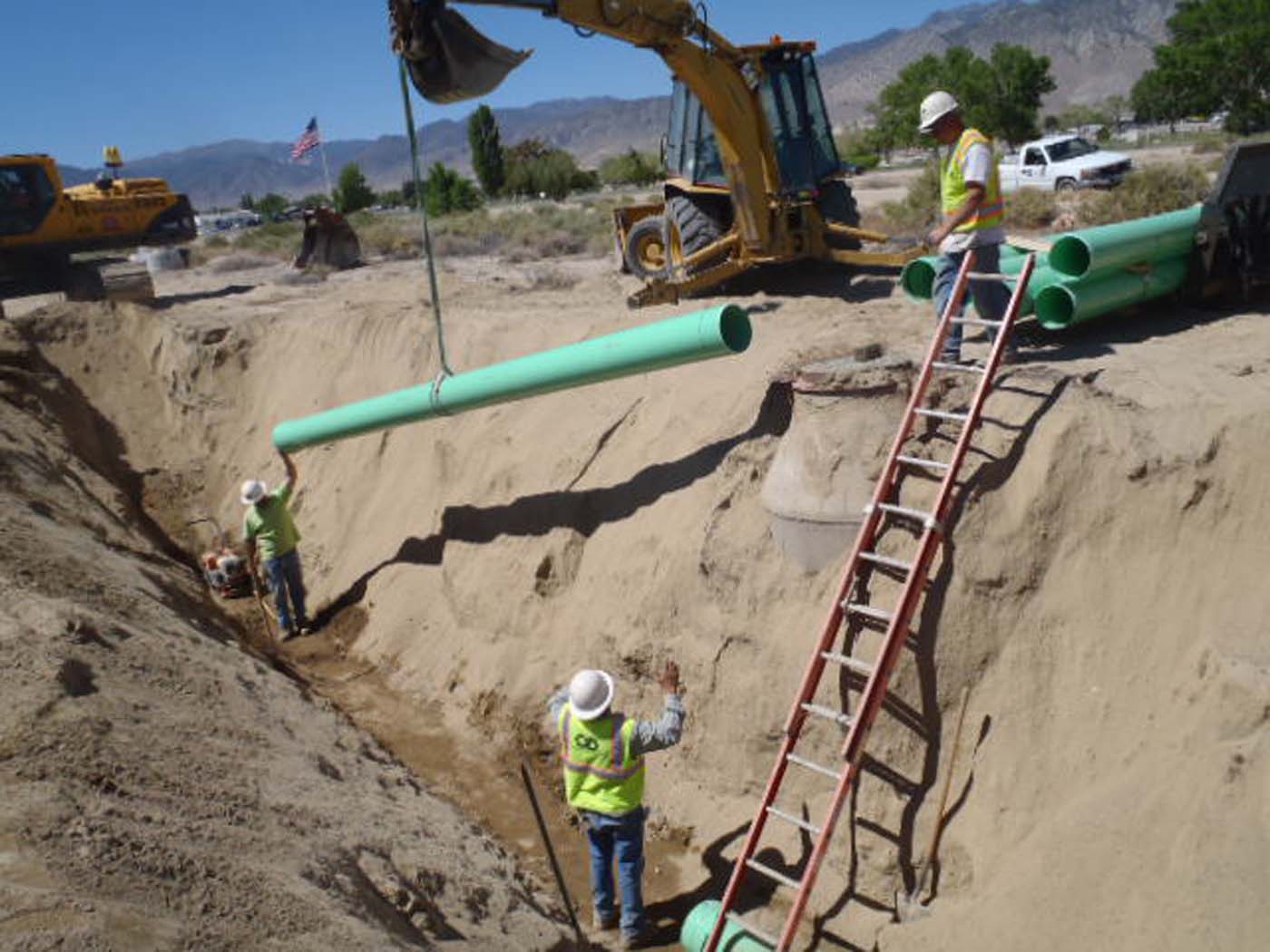 Farr West began working on preliminary engineering reports for the water and sewer utility systems for Hawthorne Utilities (HU) in 2008. The PERs identified significant deficiencies in the wastewater treatment plant, while the sewer collection and water distribution systems had exceeded their lifespan. Farr West worked with HU to prepare and position multiple projects to apply and secure funding. First, improvements to the WWTP were designed and constructed in 2009-2010 as the critical-need improvements. Second, Farr West worked to amend the existing water and wastewater PERs to obtain a large USDA and SRF grant/loan funding package for the rehabilitation projects.

The project included the design of nearly 12 miles of sewer collection and 15 miles of water distribution mains. The design spanned the entirety of the town and included service connections to over 1,100 properties. Gathering background information for the existing utilities for design purposes posed a significant challenge as there was little information available. Proactive efforts were made such as potholing and line locating to better understand the existing utilities and provide a more complete design to minimize changes during construction. All utilities are located within narrow alleys behind homes. Many alleys had multiple active water mains, meandering communication, and miscellaneous unknown utilities, all greatly minimizing space for new utility design and construction. Project challenges included replacing both the water and sewer within the alleys while keeping the existing water and sewer system in service throughout construction. Separation between the water and sewer lines as required by NAC 445A.67155 was not always possible and many meetings with the NDEP Bureau of Safe Drinking Water resulted in successfully obtaining waivers from NAC requirements by utilizing mitigating measures during construction. Other design difficulties included coordination and access to the Hawthorne Army Depot property for the sewer trunk main alignment that conveys sewer from the town to the wastewater treatment plant.

Project construction included 11.2 miles of the sewer collection system and 13 miles of the water distribution system. During construction the new sewer lines were placed within the same alignment as the existing and bypass pumping of entire blocks with a 4” pump occurred regularly. The project team developed a value engineering approach of pipe bursting sewer lines in some areas and were able to redesign and obtain approvals from NDEP, NDOT, and the funding agencies without holding up construction. Ultimately, the Town of Hawthorne received a project that replaced nearly 70% of their existing, outdated utilities.

The project replaced existing cracked, bottomless, and blocked sewer mains that were made of asbestos cement, containing lead welded joints, and experienced significant water loss.  All project improvements positively impacted the environmental condition of the community.

‍The HU design and construction team incorporated innovative design measures while keeping costs low. Securing such a significant amount of funding from USDA and SFR was no small feat. Every utility rehabilitation project has some unknowns, and being able to promptly and adequately respond to those unknowns is a valuable talent at Farr West.

‍Pioneering in Use of Materials and Methods

Once construction was underway, Farr West and the contractor worked together to further investigate the existing sewer locations and conditions to determine if pipe bursting was a viable approach.  After identifying the negatives and determining solutions, the team moved forward with pipe bursting on nearly 75% of the sewer installed. This method aided in resolving construction issues in culturally sensitive areas, abandoned tunnels used to transfer money from casino to bank, an historic unknown migrant worker cemetery, and additional areas where historic artifacts were discovered.

Initial planning efforts for the environmental assessment aided in identifying sensitive areas within the project vicinity. Coordination with the contractor and understanding easement limits when constructing through desert lands limited negative environmental impacts to the environment. Main roads were resurfaced and new curb and gutters were put in at certain project locations. After construction, all disturbed areas were re-seeded and monitored to ensure the landscape returned to its pre-existing condition. Additionally, the efforts made for the pipe bursting of the sewer utility allowed for open excavation construction to be greatly reduced and decreasing the ground disturbance during construction. 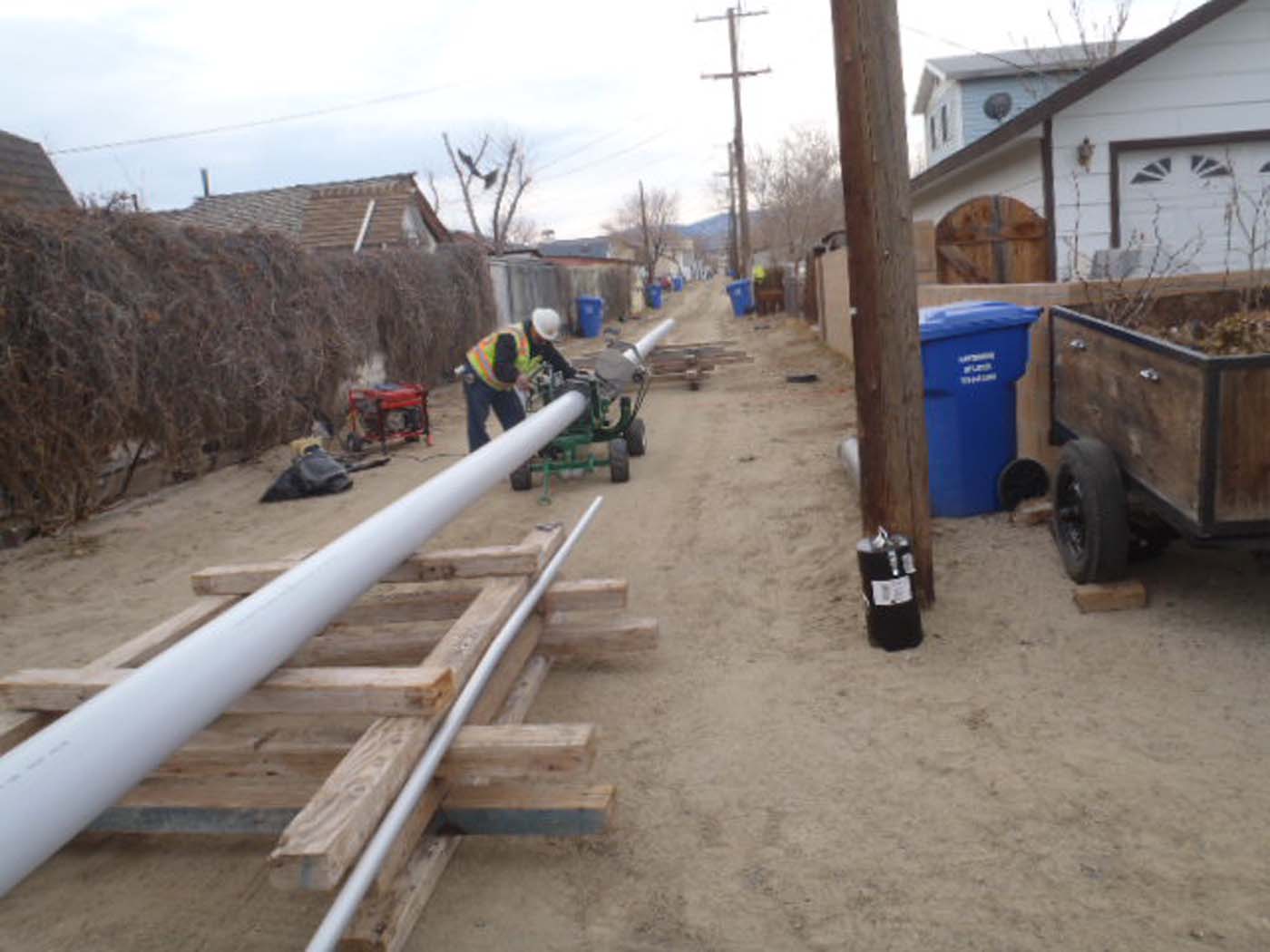 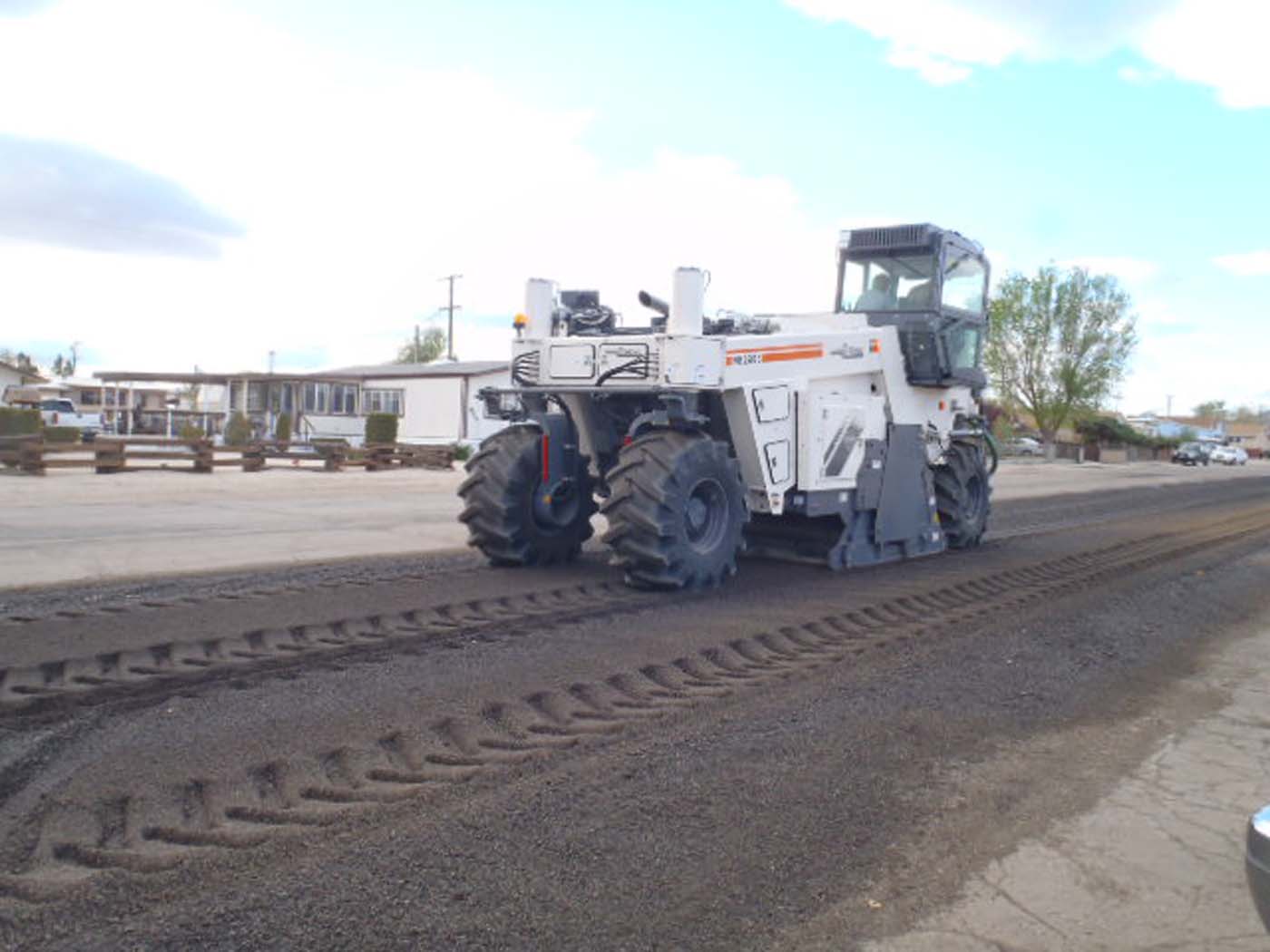 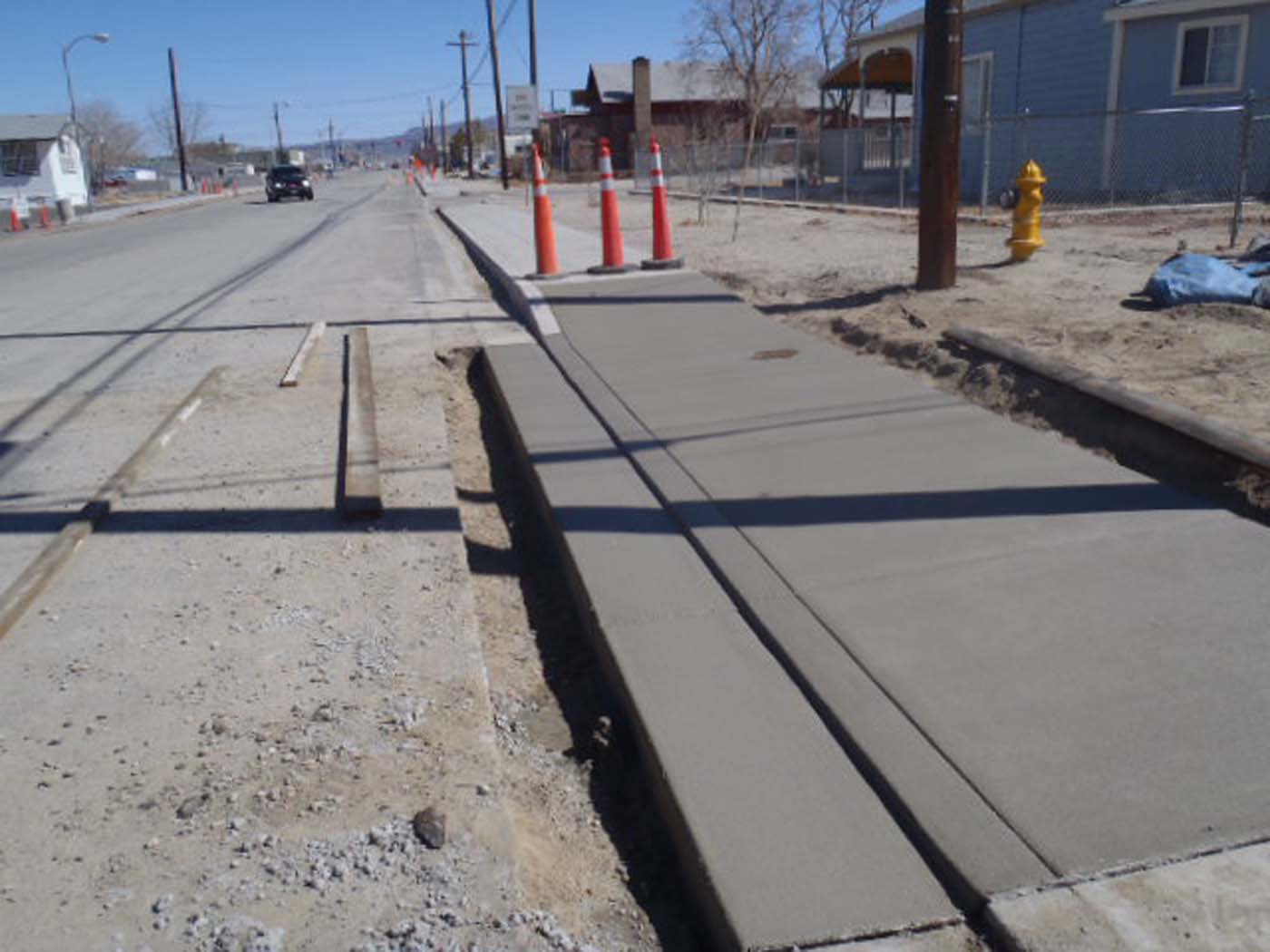 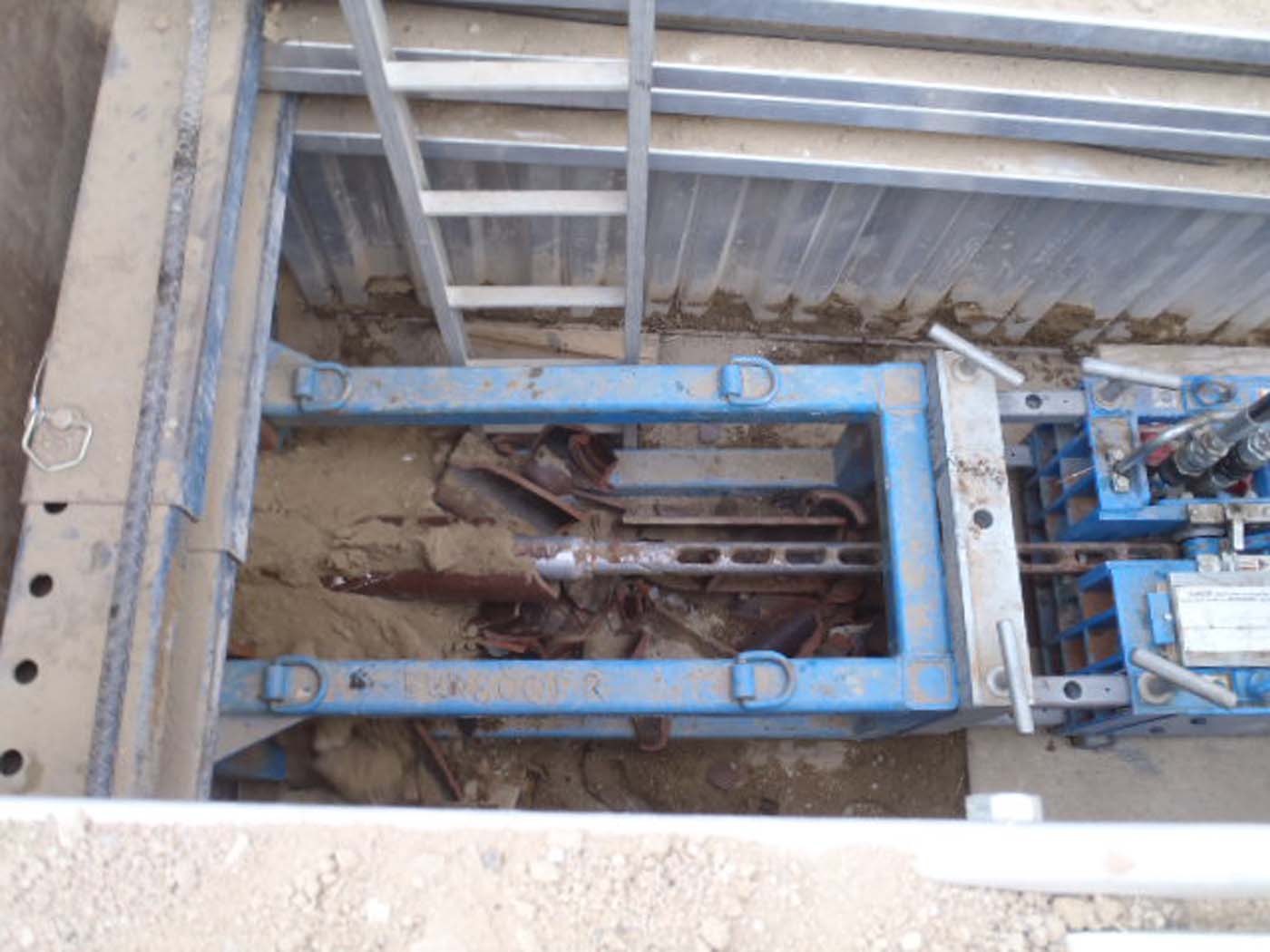 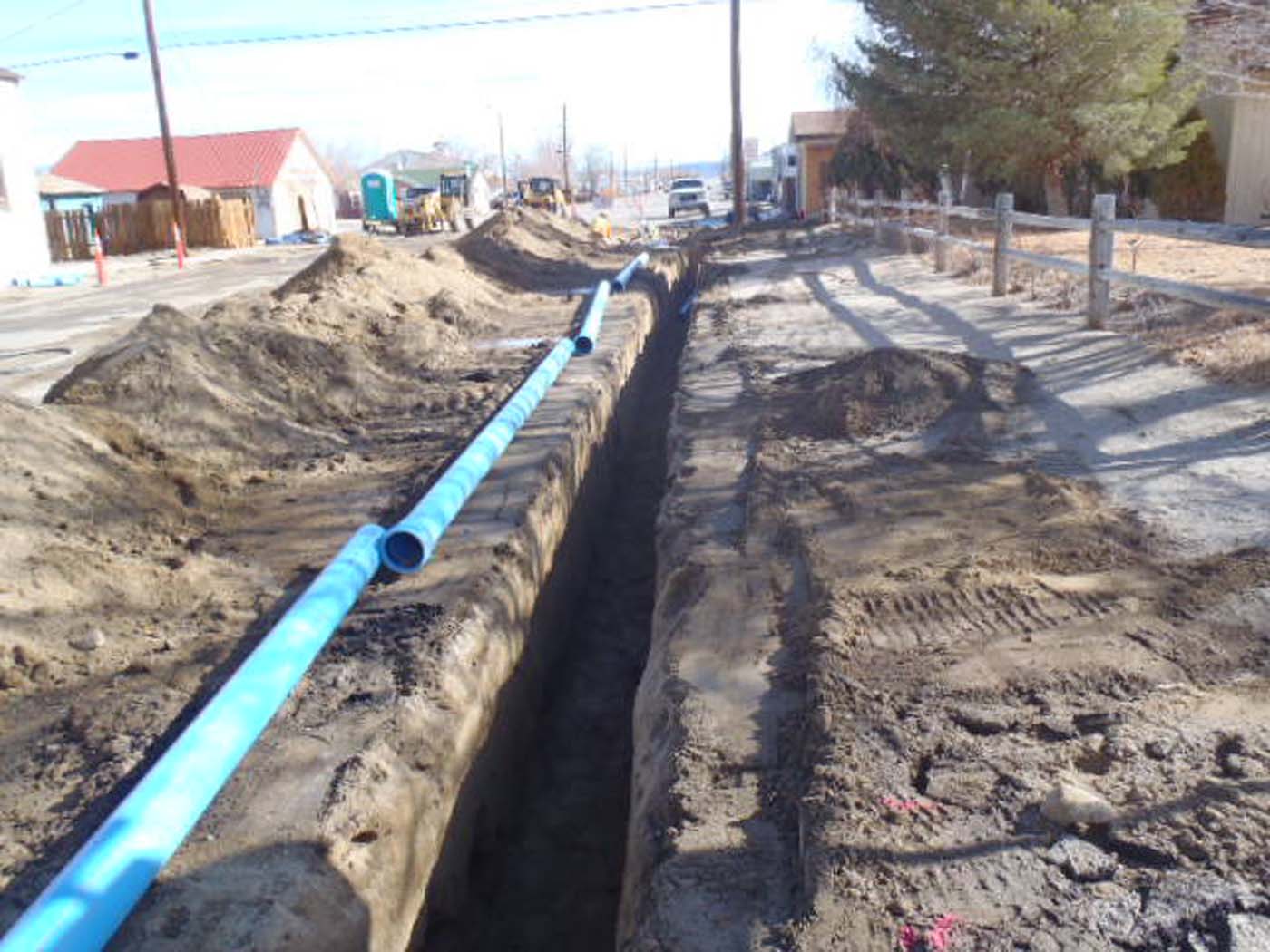 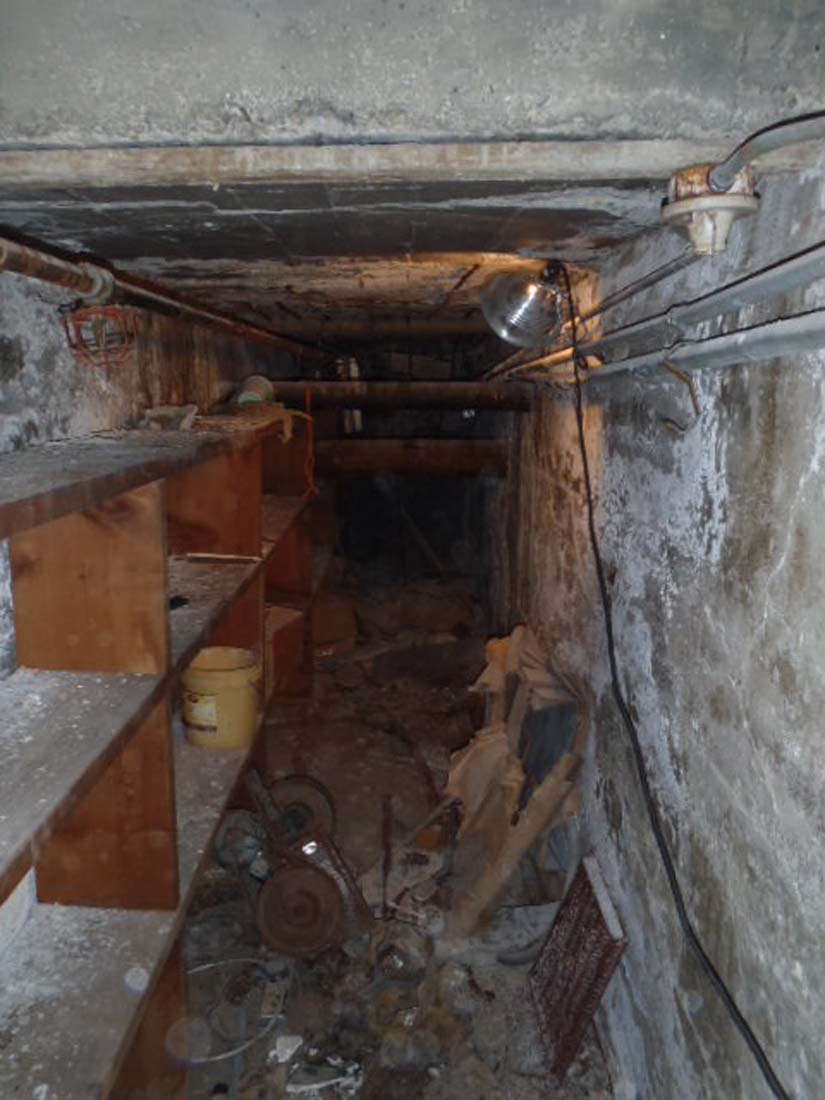 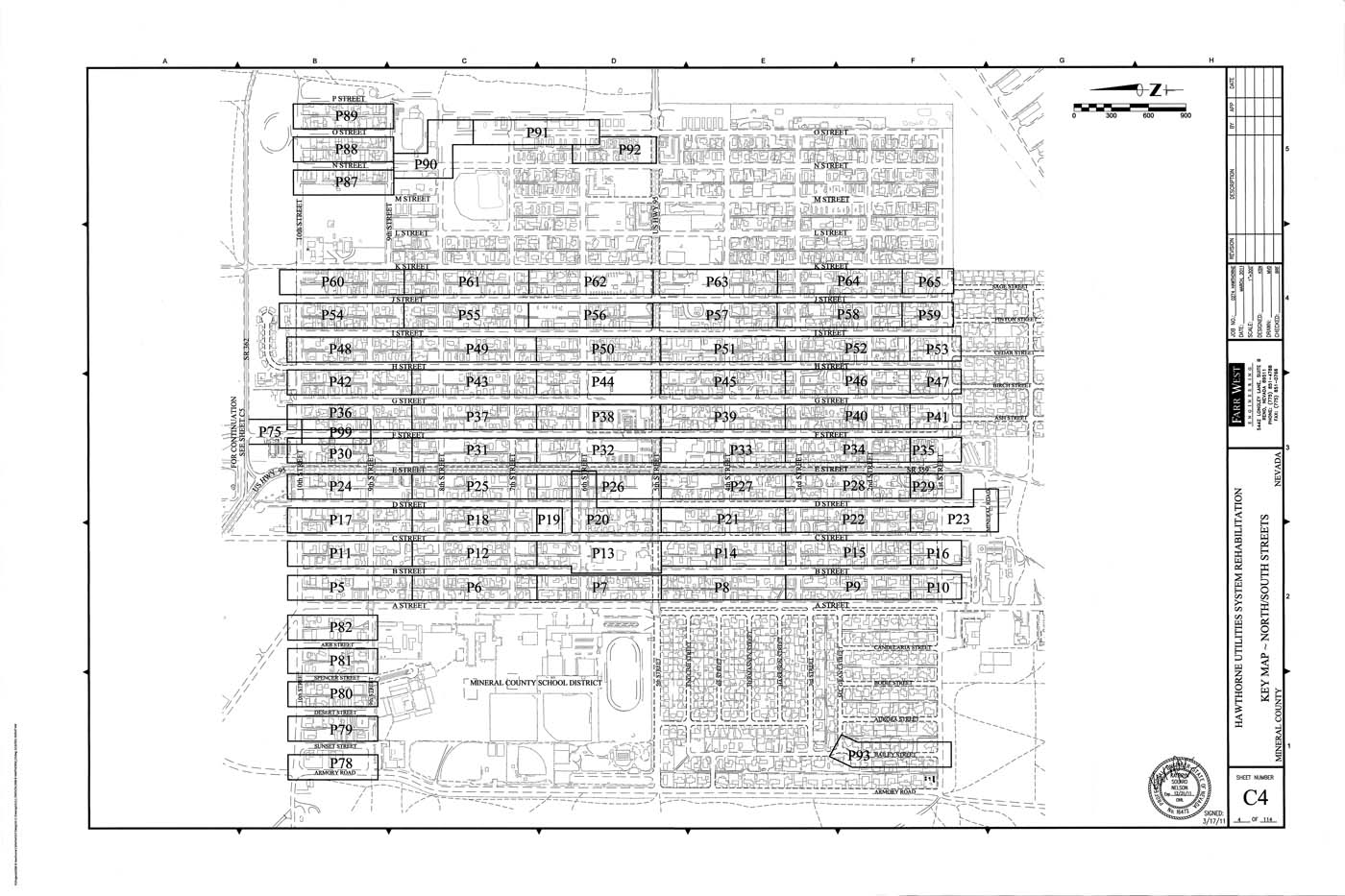